The collapse in voter turnout is worse than I thought.

It has shrunk alarmingly in Newmarket-Aurora and in all surrounding ridings. 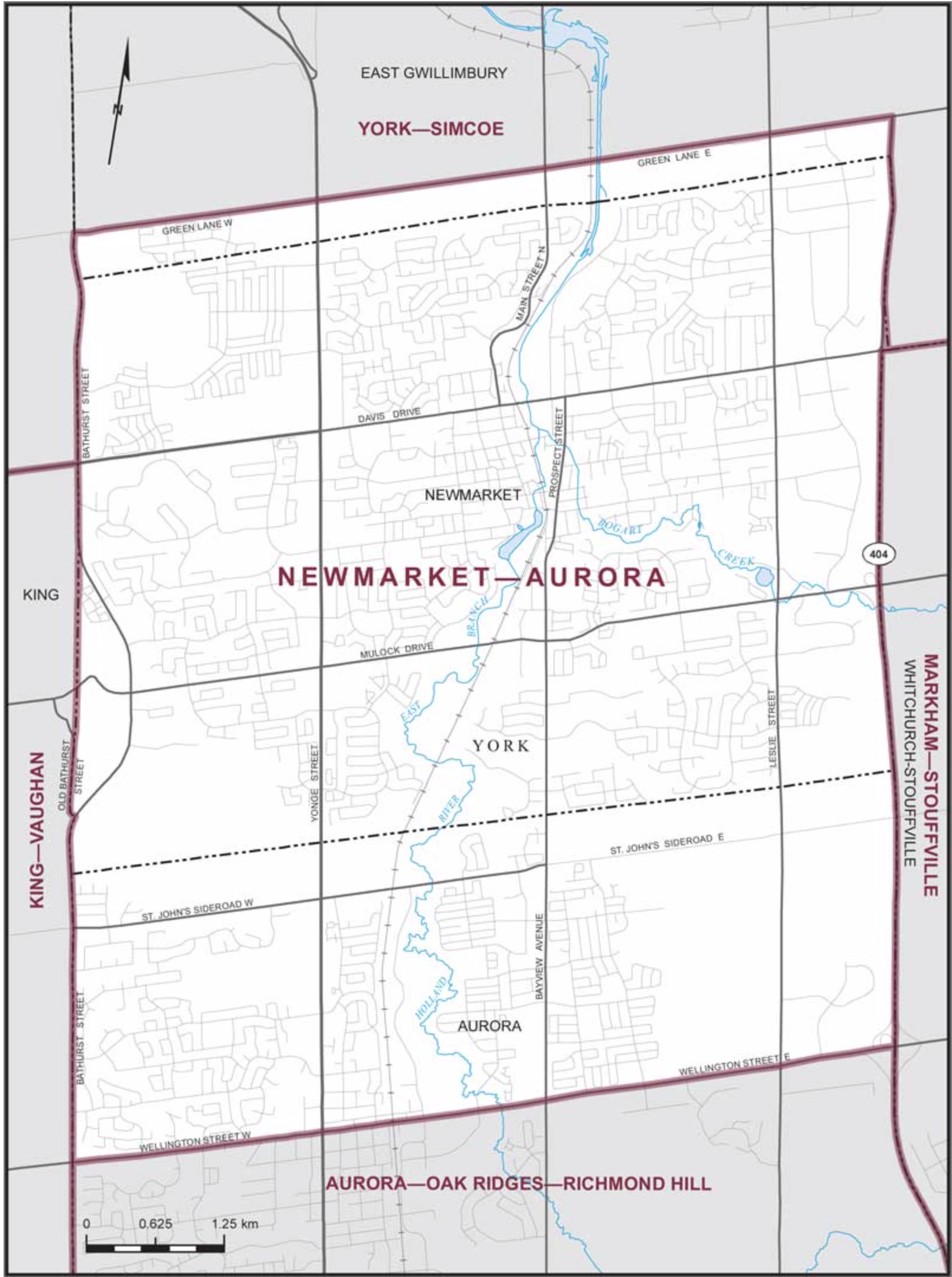 As I tap this out at 7.40pm on 23 September 2021 the counts have been completed in Newmarket-Aurora; Aurora-Oak Ridges-Richmond Hill and King-Vaughan. We are waiting for the final results from Markham-Stouffville and York-Simcoe.

But the pattern is very clear. Voter turnout is sharply down across the piece.

Astonishingly, in King-Vaughan fewer than half of electors stirred themselves to vote.

Big reductions in the number of polling places

"We have less than half of the voting sites than we did for the 2019 election. Specifically, we have not been given access to any schools. Previously we had 45 voting locations; this election we have 25 sites (not including single building polls)."

On Polling Day I voted in person at a Church on Main Street South, about two kilometres from where I live. There is no direct bus route from my neighbourhood to my Polling Place in Newmarket's downtown.

At the Polling Station I notice a comment box from Elections Canada, asking about my voting experience. I scribble out a note saying the polling place is too far away from my neighbourhood and this would have discouraged some people from voting.

Yesterday, I received a commendably swift reply from the Riding’s Returning Officer.

She tells me it was an

She goes on to say:

“There has been no evidence that the location of polling sites has discouraged voters.”

On that one, though, we have to disagree.

If it wasn't the savage reduction in voting sites that kept people away from voting, what was it?

The pandemic? Disaffection? Couldn't be bothered?

The table below shoes the voter turnout in Newmarket-Aurora and in all adjacent ridings, comparing the 2019 and 2021 Federal Elections.

Updated on 25 September 2021. All counts have now been completed. The reported turnouts are as shown below.

And the Toronto Star's editorial on low turnouts 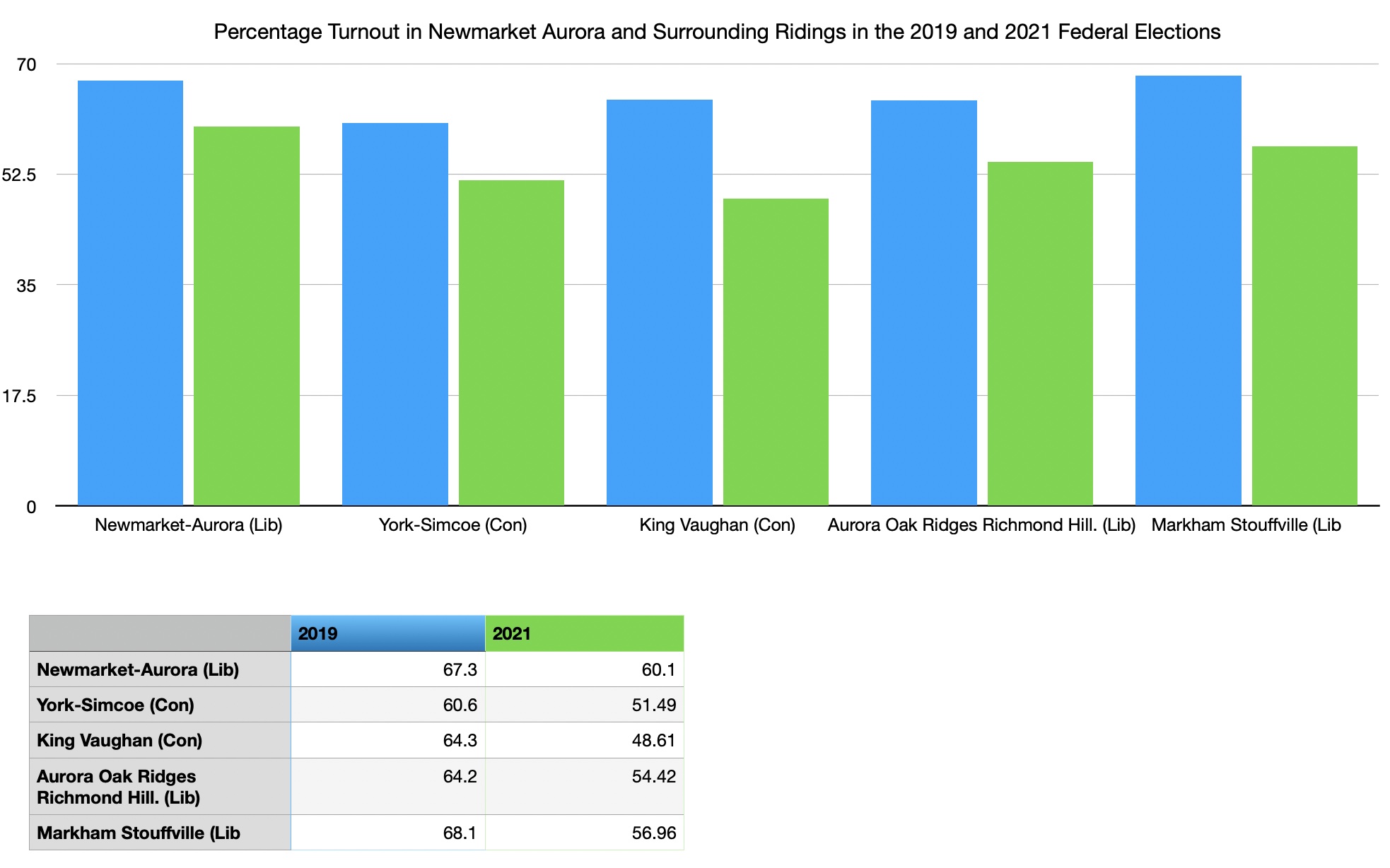 From the Returning Officer, Newmarket-Aurora. 22 September 2021

Thank you for your voter feedback. You noted concern at the distance for the polls. A number of variables occurred this election, namely:

A number of factors have made this an extraordinarily challenging election. Namely:

There has been no evidence that the location of polling sites has discouraged voters. We experienced a marked increase in both special ballot voting, and mail in voting, Our office was open from August 15 - September 14, 2021, 12-hours a day (on Monday - Friday), and seven days a week, for voting. The advance polls operated over four days, 12-hours a day, and also saw a significant increase in voter turnout. Electors had 32 days to vote.

On election day each elector had access to a fully accessible voting location, close to public transit, with service available in both official language.