Christine Elliott MPP: keeping her views to herself

In July I asked my MPP, Christine Elliott, the Deputy Leader of the Ontario Progressive Conservative Party, for her views on whether the Chair of Durham Regional Council should be elected by the voters at large or by a handful of members of the Regional Council.

She won’t tell me.

Durham is home to her former riding and where she still lives.

Before 2014, the Chair of Durham Regional Council was appointed by its members  – as happens in York Regional Council today. But there was a referendum in Durham’s constituent municipalities in 2010 (with voters overwhelmingly in favour of direct election) and the Region switched from an appointed Chair to one elected by the voters at large in 2014.

Election in full swing in Durham

As I type this out the election in Durham is in full swing with five candidates battling it out for the job. Here, in York Region, we have the silence of the graveyard. We hear no clash of opinions between Steven Del Duca and Mario Racco and others, grabbing the attention of the voters, offering alternative visions of the future.

York region’s population is bigger than PEI, Newfoundland, Labrador, New Brunswick, Nova Scotia or Saskatchewan, and is rapidly closing on Manitoba. Yet the person who leads York region will be indirectly elected by 20 people on 6 December 2018 at the inaugural meeting of the new Council.

The first highly anticipated direct election by the voters at large for York Regional Chair was cancelled by Doug Ford with Elliott, now MPP for Newmarket-Aurora, uncritically supporting his decision.

From 2006-2015 Elliott was the MPP first for Whitby-Ajax and then Whitby Oshawa in Durham Region. 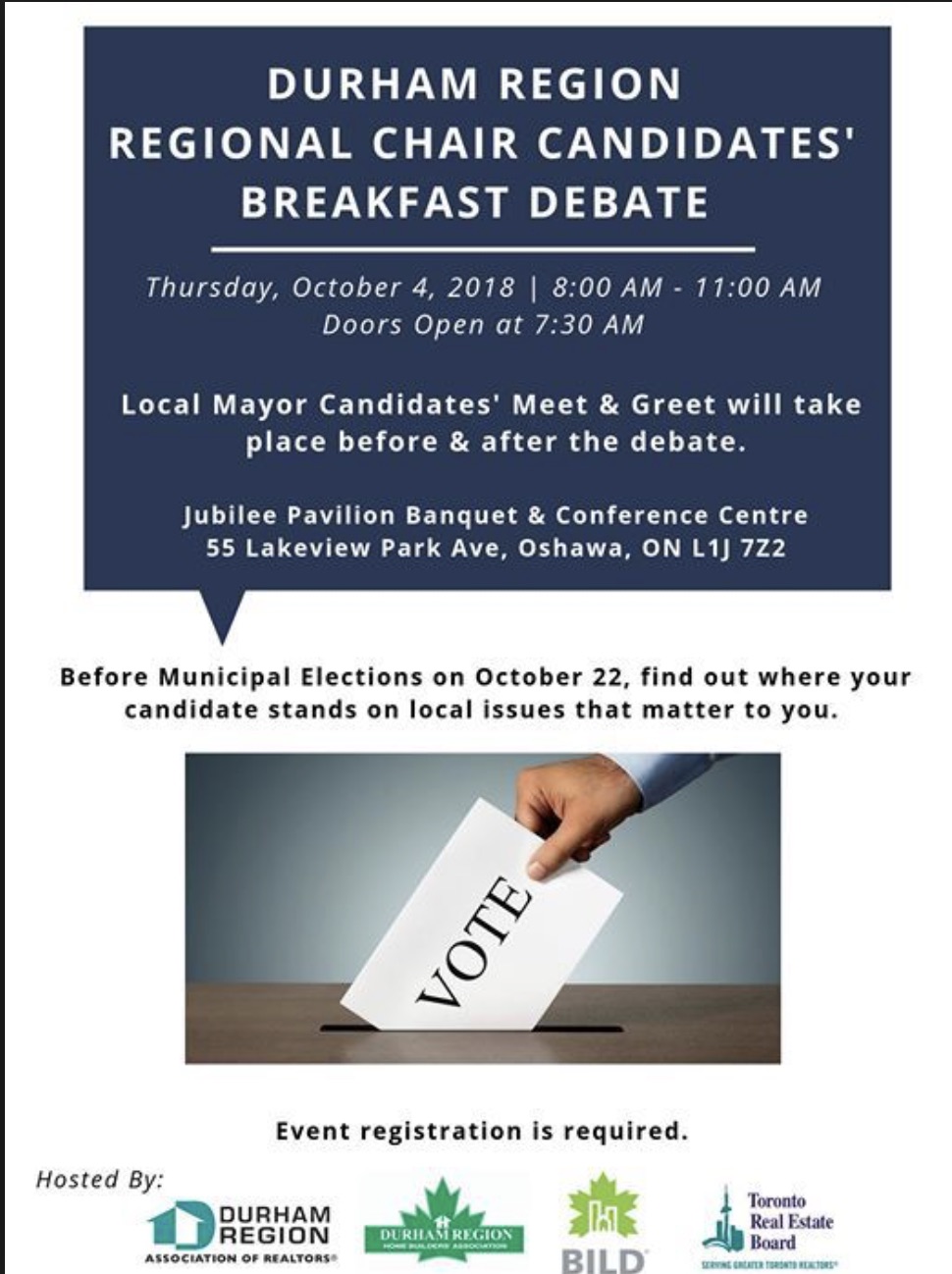 So far as I can gather Elliott chose not to express a view on the direct election of the Chair of Durham Regional Council and refuses to engage with me on this major issue of public policy.

Elliott does not reply to my emails and neither has her constituency assistant, Sarah, acknowledged them. I have twice asked for an appointment with Elliott and my requests disappear into the ether as if they had never been made.

This is not how the system is supposed to work.

Doug Ford is on record boasting about how he returns calls to constituents and praises PC MPPs who make a habit of doing this. But that's not Elliott’s way.

She didn’t meet people arguing for an increase in the minimum wage who asked for a meeting several times.

I’ve asked candidates running for Durham Regional Chair if Elliott expressed a view but they can’t recall. She kept her views to herself. In all her years at Queen’s Park she was silent on the issue. There is nothing in Durham’s local newspapers. She has left no footprints in the sands.

But Elliott is against the direct election of the Chair of York Region.

And she won’t explain why it’s OK for Durham but not here.

Update at 6pm: I'm getting emails from people who have been in touch with Elliott - sometimes on multiple occasions - who haven't received the courtesy of a reply. If this has happened to you please let me know at  This email address is being protected from spambots. You need JavaScript enabled to view it.

I won't quote you by name unless you specifically ask me to.