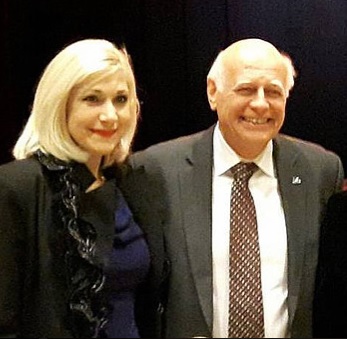 The Newmarket-Aurora Liberal Party will be acclaiming their candidate for the forthcoming Federal Election at 7.30pm on Monday 8 July 2019 at the Royal Canadian Legion in Srigley Street, Newmarket.

“Tony Van Bynen is the only qualified nomination contestant to have successfully completed the nomination application process. Therefore, Tony will be acclaimed at the nomination meeting as our Liberal candidate in the next general election in October.”

The current MP, Kyle Peterson, was also acclaimed as no one else threw their hat into the ring.

Jackie Playter (who stresses she is not Van Bynen’s campaign manager!) tells me it was a struggle to find the required 150 Liberals to nominate him. Still, he got over the finish line and he’ll soon be on his way to Ottawa, fizzing with ideas, ready to change the world - and be a voice for fiscal prudence.