Read this first. Drawdown Newmarket-Aurora should be congratulated for organising the Federal Election candidates Q&A at the Old Town Hall last night. And the candidates (who turned up) all deserve a hearty round of applause. There was a good crowd there. We are indebted to Newmarket Today for telling us why the Conservative candidate, Lois Brown, was absent. According to her Campaign Manager, Peter Seemann, she had “a long-standing commitment” which clashed.

When asked what that commitment was, Seemann said he couldn’t disclose the details, and added “it’s an event related to the campaign but it’s not a public event”.

Last night’s “debate” at the Old Town Hall didn’t live up to its billing.

The atmosphere was hushed and overly respectful. The audience quiet and subdued. You could have heard the proverbial pin drop.

I found myself thinking: Come back Dorian Baxter!

It wasn’t a debate, it was a question and answer session with candidates sometimes reading their answers metronomically from scripts in front of them. Oh dear!

I know they can do better than that. But the format seemed to snuff out all spontaneity. Candidates weren’t invited to challenge each other. There were no rebuttals and few interactions. There were no sparks flying at any stage. Even when candidates made good points there was no applause to encourage them.

The People’s Party of Canada candidate, Andrew McCaughtrie, is out of his depth. He has one string to his bow, ending subsidies. 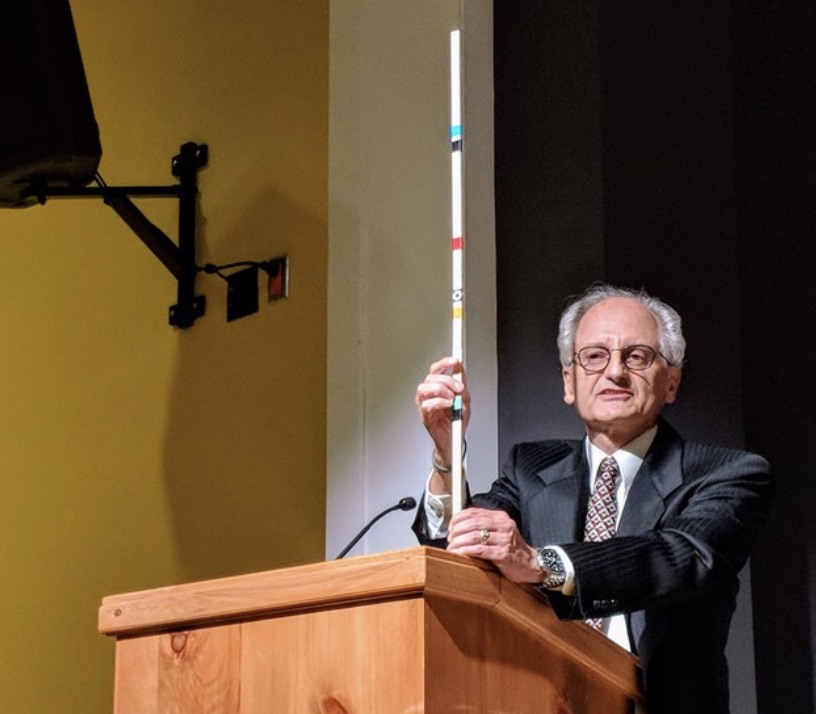 The Green candidate, Walter Bauer, comes prepared with his visual aid, a doomsday stick showing how all the parties’ commitments to tackle the climate emergency have failed and will fail, except, of course, the Greens.

He says it is not a choice between tackling climate change and employment. Oil and gas jobs are readily transferable to construction and other industries.

The NDP’s Yvonne Kelly appears fluent and relaxed, getting the first laugh of the night with a dig at companies and corporate responsibility towards the environment.

“I haven’t seen much evidence of that (pause)…..  ever since I’ve been alive.”

The Liberal standard bearer, Tony Van Bynen, looks a bit red-faced and apprehensive to begin with but he soon chills out when he gets the measure of the event. The audience is respectful. Just the way he likes it.

After questions to candidates from the Drawdown people things are opened up to the floor. Most are linked in some way to climate change but some other topics sneak in. The Greens and NDP are pushing for a change to the electoral system, arguing for PR. Van Bynen prefers the ranked ballot (which is not proportional).

(The Liberals have abandoned their 2015 election pledge to move away from first-past-the-post.)

Van Bynen also breaks ranks with the official Liberal line when he says he wants a ban on handguns.

There are questions on mental health, working with the Provinces, Canada’s indigenous peoples and arm sales to oppressive countries. There is another on the growth of populism worldwide. The Green’s Walter Bauer tells us we felt smug when the Americans voted in Donald Trump.

Now a question on addiction and opioids. It is 8pm and one hour into the event and Yvonne Kelly asks the moderator:

“Is it OK if I put my purse here.” (on the empty chair next to her)

This gets a laugh.

All the candidates are stumped by a question about Canadian sovereignty in the Arctic once the ice melts and other countries want to use the North West Passage as an international waterway. A few fail to understand the question.

Now there is a clever question on climate change and the deficit. What’s the worst that can happen with both? As expected, the Greens come out fighting. Canada, with its relatively small population, is not responsible for most of the global heating now going on. But Walter Bauer tells us it’s not OK to pee in the pool.

I look around and see some famous faces suppressing smiles.

The Greens tell us we have 11 years left to do something before climate change accelerates and becomes irreversible. Van Bynen, the Voice for Fiscal Prudence and a gradualist by temperament and inclination, says that's impossible. It will take much longer.

Now the Voice for Fiscal Prudence is telling us there are two kinds of deficits and we should have a balanced approach to debt. The old banker reminds us he once made a living doing this.

Now we are gently cantering towards the close and the moderator, Penny Stevens, thanks us for our questions. She says she didn’t know what to expect from the audience beforehand. But in the event she didn’t have to deal with any heckling.

Updated on 28 September 2019 to include a reference to the Liberal Party abandoning its 2015 promise to get rid of first-past-the-post.