To Café Hesed on Main Street South for my chat with Ward 5 hopeful, Bob Kwapis.

If we take the number of lawn signs as any guide, he is unquestionably the front runner.

Bob is already there when I arrive on the dot at 9am, eyes fixed on his smart phone. I am here to find out - if I can – what distinguishes Bob from the other six candidates in the race. He tells me we met briefly about five years ago when he was handing out lawn signs urging drivers to slow down. 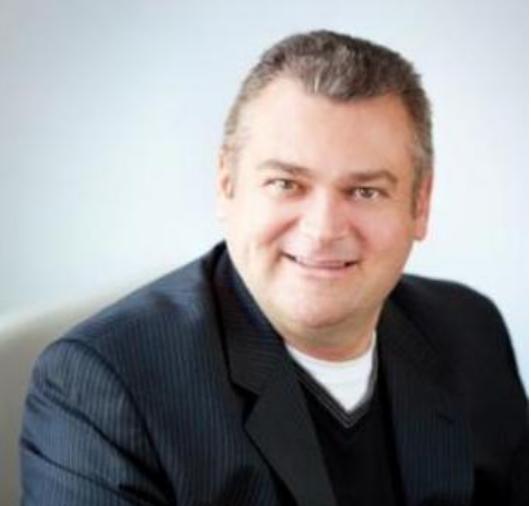 This is the cue for a long discussion on traffic safety - his signature policy. He tells me how he successfully got trucks off residential streets in Ward 5 when Davis Drive was being reconstructed. He is obviously deeply concerned about traffic safety. What was the trigger for his interest?

He lives on Parkview Crescent and says it is impossible to get out onto Queen Street. He tells me he was shocked when a neighbour’s dog was run over and killed.  It could have been a child. (He lives close to a school.)

Bob tells me he is driving along Millard – which he describes as a landing strip - at the regulation 40km when an impatient driver zooms past, yelling and giving him the finger. Bob laughs but, as he knows, speeding is no laughing matter.

Bob smiles a lot, frequently calling me by my first name. He has an easy manner and I come to the view early on that, if he is elected to Newmarket Council on 17 October, he would fit in nicely.

He wouldn’t be a shock to the system. It would quietly embrace him.

It is not that he doesn’t have views of his own, he does. But he is essentially pragmatic.

Now we are on to the Clock Tower and I ask if he has ever met Bob Forrest. No. But they have talked on the phone. So, what does Bob K think about the present 7 storey planning application, would he vote for it? No. But he thinks there should be some flexibility in applying the current by-law with its three storey height cap. He says that’s why there is such a thing as by-law amendments.

But isn’t the system completely fraudulent when a heritage by-law, enacted less than three years ago, can be set aside? Why can’t the Town enforce its own by-laws? He says flexibility is important and if a developer comes forward with a great proposal for a building over three storeys then the Council should consider it and decide on a case by case basis.

But wouldn’t this open the floodgates to further applications breaching the height cap? No. The Council would still have to go through the by-law amendment process which is quite rigorous.

But the proposal on the table is for seven storeys and, if elected, that is what he will be voting on. If the Clock Tower application is rejected what does Bob Forrest do? He can sell up or he can put in another revised application. But if Forrest tries again with a very different proposal it will count as a new application with another Statutory Public meeting and all the usual delays. It is groundhog day again! Can this be allowed to go on forever?

And what about the old buildings, boarded-up and neglected? Won’t they simply decay if left empty for years and years?

Bob tells me Forrest has the right to submit a planning application which the Council mustn’t rush. It mustn’t be open ended but it’s gotta be thorough. You’ve got to take the time to get it right.

Now I ask Bob if parking is a problem downtown. Not all the time but when there is a big event it can be a headache to find a spot. So what does he thinks of Bob Forrest’s proposal to have 199 parking spaces at the Clock Tower when the Town’s own engineers want 299? He wouldn’t be as rigid and uncompromising as the Town’s engineers. A little bit of flexibility is needed taking into account the nature of the development and the number of one bedroom units.

Now I am suggesting that Main Street South doesn’t need the Clock Tower development to be vibrant. It is doing very well at the moment. He says there is not enough variety and cites seven hairdressers (or is it nine?) to make his point. He wants more boutique shops. What about grocers and corner shops? With rents moving upwards is that even remotely feasible? Bob tells me if the market is there it will happen. Hmmm. I dunno. Sounds like wishful thinking to me.

Now we are talking about his lawn signs which are absolutely everywhere in Ward 5. How on earth was it possible to get them up in so many locations over an 8 hour period? I am impressed. It was quite the operation. He says he had lots of help from his family. Bob says he is giving it 100%. No half measures. Does this explain the robo-calls? He corrects me - voice messaging.

Bob says he has now knocked on every door in Ward 5 (echoes of Darryl Wolk who makes the same claim) but if he doesn’t catch people at home then he needs to reach them in other ways.

As we get up to leave I ask him if he is nervous about tomorrow night – the candidates Q&A.

He is looking forward to all the questions.