The Newmarket Census results: What do they tell us about our Town?

Earlier this week Statistics Canada released the latest batch of results from the 2021 Census, including information about families, households, and marital status. It is the third of seven release dates for census results. 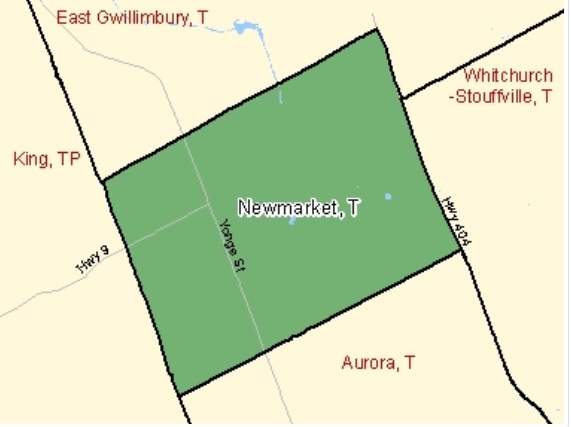 What do the figures tell us about the Town where we live?

The fastest growing household type was the so-called “roommate” category – people living with others who are not related (as spouses or partners). In Newmarket there were 2,470 people living with non-relatives or 2.9% compared with Aurora’s 1.9% and East Gwillimbury’s 2.1%. In Canada as a whole it is 4.2%.

The soaring cost of housing is clearly one of the factors driving this phenomenon.

In its commentary on the census the Globe and Mail observed:

These “roommate households” grew 14% since 2016 compared with 4% growth among households of a family without additional people. This was driven by people aged 20-34 whose roommate household status grew by 20% since the previous census.”

Generally speaking, Newmarket is a well-off place – though with pockets of deprivation and low incomes. The median after-tax income of households in Newmarket in 2020 was $95,000 – way above the all-Canada figure of $73,000 but lower than Aurora and East Gwillimbury which are both on $102,000. (The median is the mid-point between the highest and lowest household incomes.)

“After-tax household income is the measure of income that most closely captures the overall economic well being of Canadians, reflecting how much money families have to support their consumption, investment and savings needs.”

And the very well-off

These pandemic payments cushioned the impact for people on low incomes.

11.1% of Canadian households are deemed low income with Newmarket and Aurora both on 7.5% and East Gwillimbury on 6.6%